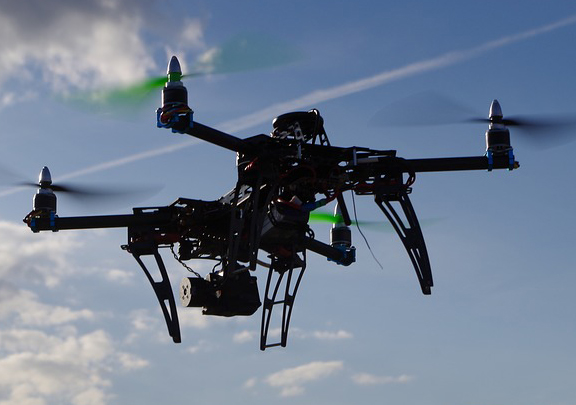 Posted at 20:22h in Business by admin

In March, for the first time in its history, the Fire Department of New York employed a drone to help put out a fire. The drone, equipped with infrared and hi-definition cameras, was used to pinpoint hot spots in a building in the Bronx. Using drones to help fight fires seems like a no-brainer. Among other things, drones can scout a building in advance, giving firefighters a better understanding of the incident and helping humans avoid life-threatening conditions. Indeed, New York was incented to adopt a drone strategy when an amateur drone operator sent his device up and captured an eagle-eye view of an East Harlem fire caused by a gas explosion in 2014. The director of the Emergency Operations Center, Timothy E. Herlocker recognized that the drone operator “had the better view,” . . . one that Mr. Herlocker “would have liked to have been showing . . . to the incident commander.”

Unfortunately, it’s not as simple as it seems. First, the cost of firefighting drones remains high. But even as the prices drop, there are other hurdles to overcome. For example, drones “are illegal to fly in New York City,” so the Fire Department had to obtain special approval from the City before it could commence drone operations. Moreover, most of the air space above New York City is classified by Federal Aviation Administration as “restricted airspace.” This means that the New York City Fire Department has to obtain approval from the FAA each time before they fly. While the FAA and FDNY have reached an agreement whereby such clearance should take no more than 15 minutes, one has to wonder how many lives will be jeopardized by delay or time lag.

Another, more pervasive issue – and one that is slowing the adoption of a drone strategy by the Los Angeles Fire Department – is privacy. According to the Los Angeles Times, the potential use of drones to save lives “has . . . alarmed groups concerned about warrantless surveillance.” In fact, one group, the Stop LAPD Spying Coalition, which succeeded in preventing the use, by the Los Angeles Police Department, of two drones inherited from Seattle in 2014, is vociferously protesting the use of drones by the fire department. The ACLU of Southern California wants any use of drones by the fire department to be covered by policies to be consistently and constantly vetted by the City Council. Talking about tying the hands of rescuers!

There is no easy – or unified – answer to address privacy concerns. Indeed, the FAA disclaims any authority over privacy or property rights issues, insisting that their regulations are intended to cover only safety matters. Thus, privacy matters are covered on a state-by-state basis.

According to the National Conference of State Legislatures, since 2013, 18 states—Alaska, Florida, Idaho, Illinois, Indiana, Iowa, Maine, Montana, Nevada, North Carolina, North Dakota, Oregon, Tennessee, Texas, Utah, Vermont, Virginia and Wisconsin— “have passed legislation requiring law enforcement agencies to obtain a search warrant to use UAS for surveillance or to conduct a search.” Vermont’s law includes the Department of Fish and Wildlife as well as the Department of Motor Vehicles in its definition of “Law enforcement agency.” Certainly, it seems rational, logical and Constitutional to require that police departments comply with the 4th Amendment even when using a drone. However, it is overly extreme to tie the hands of all branches of local government organizations when it comes to the utilization of drones. After all, in addition to law enforcement, drones can provide vital services to, among many others,

1.     firefighters – as they already have in New York City

3.     infrastructure maintenance departments – as for example, bridge and building inspections and road maintenance

Drones are powerful tools which offer many benefits – not the least of which is saving the lives of both first responders and the victims they serve. Let’s embrace them with responsibility, not hysteria.